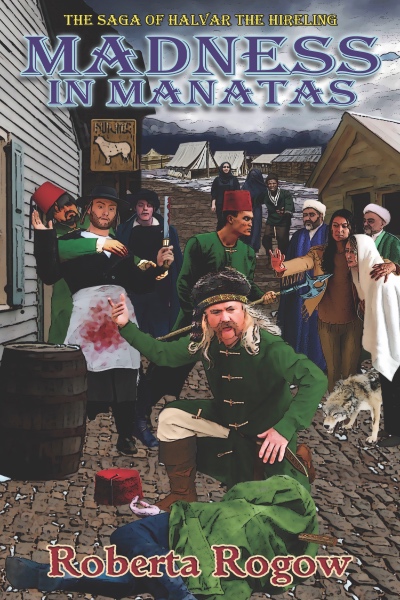 This holiday is no vacation

Ned Cooper had made plenty of enemies with his loud vocal attacks on every religion that wasn’t his, but it didn’t seem to Halvar that was enough to justify a knife in the back. Nevertheless, there he is—dead as one of his own barrels. Then Guardsman Zoltan meets a similar fate and one with even more suspects given his protection racket on the docks and his constant harassment of the women in the souk.

Are these murders personal, or might they be connected to the muskets the captain of the Belle Fleur was smuggling into Manatas? Was Master Albrecht making gunpowder for those guns? Will Halvar still have a job after his contract expires on New Year’s Day?

The intrepid Dane is once again knee-deep in corpses and on the wrong end of pointed weapons. Can he solve all the mysteries before his term of office ends? And what will he do, stuck in Nova Mundum, if someone doesn’t renew his contract?"

The Saga of Halvar the Hireling - Book 6

There are no reviews yet, submit yours in the box provided.
Please sign in or create an account to submit a review for this product.

This site uses Akismet to reduce spam. Learn how your comment data is processed.